All About Digital Product Creation 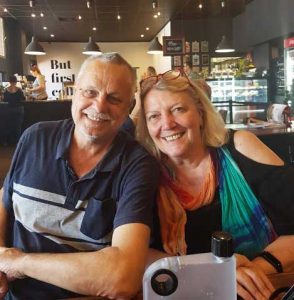 Since 1998 I have been involved with Digital Production Creation  and it all started with an affiliate product that put a small add on the bottom of your screen and when you watched an add you got paid. Back then you could also have multiple people under you so when they watched an add they would get paid and you would get paid.

This was the first time I made money online.

Those days are well and truly gone now however the idea got me started on developing my own products and services.

I worked for a start up charity as an accounts clerk and magazine distribution. As work was quite slow my boss mentioned he had seen some web pages online and asked if I could look into building a website and gave me a copy of Microsoft Front Page.

Well I had no idea so I asked around and did the tutorials and learnt how to do it and made my first web page. It ended up doing so well that I started getting requests from other charities etc to do the same for them.

By now work had gotten quite busy so I decided to write an eBook on how to do it and gave it away and/or sold it. It was downloaded almost 10,000 times over the following years.

Because I did this my boss thought I was a computer whiz so asked about setting up a network in the office as we were getting more staff etc. I hired a guy who showed me how to do it which I documented and then set it all up with his help. I had learnt if you can watch someone else do it or do some simple tutorials its not that hard.

A few things went wrong so I just paid him to come and fix them and again watched and documented and everything just kept getting bigger and I was doing almost as much IT stuff and accounting.

Management change and a new career!

About 7 years after I started the charity had grown quite a lot and new management took over and suggested I go back to accounts or take a redundancy package as I did not have a degree etc to be running such a large operation. I took the redundancy and started up my own business and the organisation became my first client as they new person needed so help as they weren’t teach some of this stuff in Uni yet.

That was 2002 and in 2003 I took some of that money and moved into software which is another story.

What can you learn from this?